One week ago, I wrote about Apple (AAPL) returning to its 2012 high and the simultaneous RSI and MFI overbought readings. The stock remains stalled in this area, but maybe not for long. 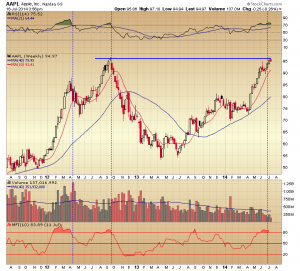 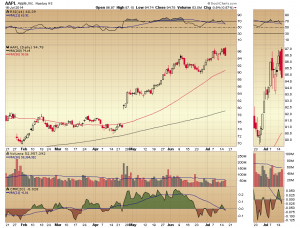