The damage today was broad based and volume strong. I’ll be looking at the index charts on multiple time frames in detail tomorrow and over the weekend. In the meantime, here are some particular stocks trading in clearly defined technical patterns and how they are reacting.

Action in Microsoft (MSFT) formed a bearish eveningstar pattern on its daily chart. I wrote about another technical issue with this stock last week. 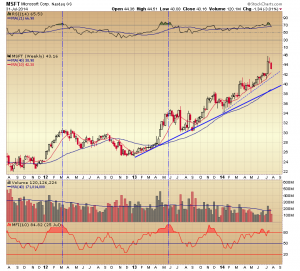 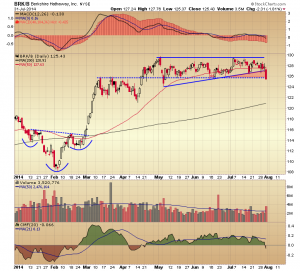 A bearish head and shoulders pattern formed on the Netflix (NFLX) daily charts and the stock price broke below its 50 day moving average. 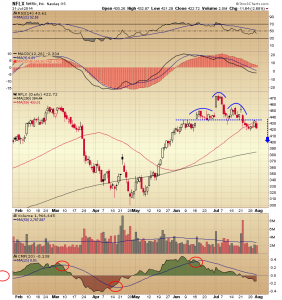