A reader asked if I would take a look at the Walmart chart.

Shares of Wal-Mart (WMT) traded in a horizontal channel for most of 2014 before breaking above channel resistance in November and rallying into year end. They reversed course quickly, however this year, and are back retesting the resistance-turned-support level. 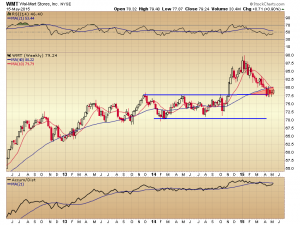 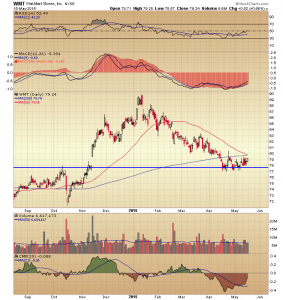 Currently, Wal-Mart is in a neutral zone, where the parameters of a breakout or breakdown are defined by a close above the major moving averages or below the recent lows.