The number of stocks in the S&P 500 that are above their 50 day moving average has been declining since the beginning of the year, in clear divergence to the index. 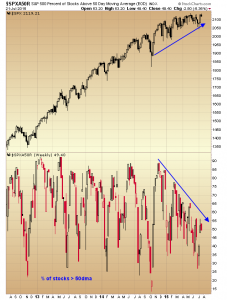 Breadth indications have been problematic during the most recent phase of this rally. This has been noted many times on these pages and my most recent observation was yesterday before the open. But at this point, the movement on the S&P chart looks like a simple horizontal channel consolidation after a long rally period. This is normal and healthy action with the assumption being that after this reset period the index will resume trading in the direction of the primary trend. 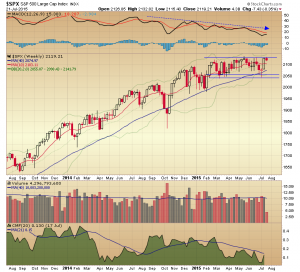 That said, the levels of support that define the channel pattern should be watched carefully, as well as action around the key moving averages. Don’t overreact to short term perturbations in the market, be patient, and follow the direction of the charts.