Despite the false breakout earlier in the month, the subsequent pullback that took it back below its 50 day moving average, the dovish FOMC statement, and the formation of negative candles over the last several days, the S&P has returned back to penetrate the upper end of its trading channel, and there is a likelihood that if the Brexit vote goes the way of the current polling, it could see new all-time highs as early as tomorrow. 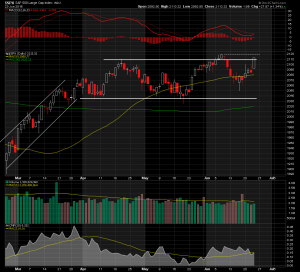 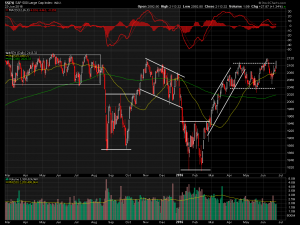