Mohamed El-Erian, chief economic adviser at Allianz said he currently sees a 60 percent chance of the Federal Reserve raising the federal funds rate at its September meeting, but those odds could rise as high as 80 percent.

The stock is breaking out of a cup and handle pattern and it looks like smooth sailing ahead. Here’s a link to my analysis of the chart published on TheStreet this morning. 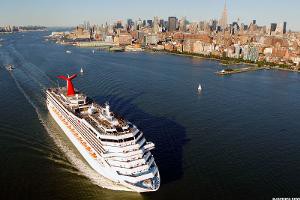 It is always great to be asked to contribute to Mad Money with Jim Cramer and have your analysis of a stock chart highlighted on the “Off the Charts” segment. On Tuesday’s show Jim added his fundamental perspective to my technical take on the Chipotle Mexican Grill (CMG) chart. Here’s a link to a synopsis of the piece, and “Thanks again, Jim.”

Tesla (TSLA) shares closed below a key level of techncial support today, an area that I highlighted earlier in the month.
This zone is significant because of prior price price action but also because it contains both the 50 and 200 day moving averages. The MacD has made a bearish crossover and is tracking lower and below its center line, and the vortex indicator, which is designed to identify early shifts in trend, has made a negative crossover. Chaikin money flow is well into negative territory and suggesting the stock is under distribution. 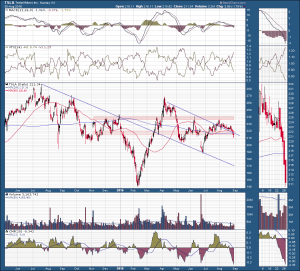 The close near the session low helped form a decidedly bearish candle and the stock may be on course to retest the lower end of the declining channel pattern. This would complete another cycle of lower swing highs and lower swing lows.

The chart shows the year-to-date performance of the SPDR Gold shares (GLD) relative to the iShares Silver Trust (SLV). Silver has outshone gold over the last four months but that relationship may be moderating as the SLV trust has dropped more than double the percent decline in the GLD shares this month. 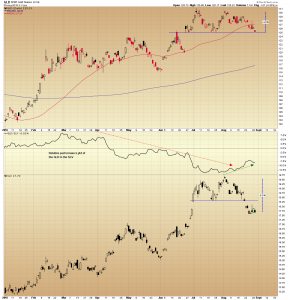 Shares of Netflix ($NFLX) are undergoing a volatility “squeeze” and it looks like the condition is going to resolve to the upside. Here’s a link to my multiple timeframe analysis of the charts published on TheStreet this morning. 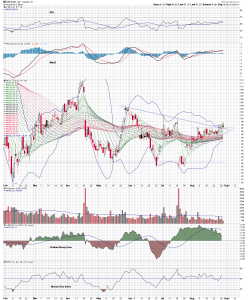 My take on how to enter a long position in Nike (NKE) published on TheStreet this morning. 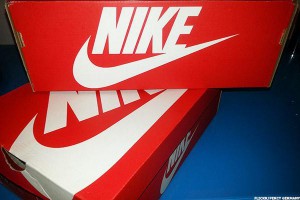 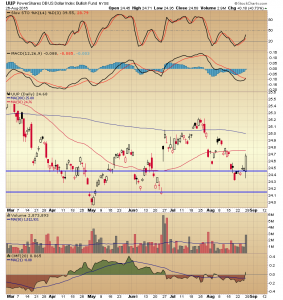 The daily ranges of the major market indices have been flat and narrow over the last two months, and the sedate sideways movement translates to weekly charts that look somewhat fatigued and poised for modest pullbacks. 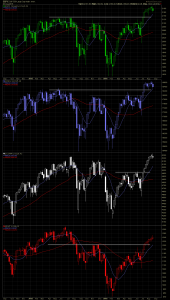 Using the S&P 500 for illustration, the August/July period is made up of two horizontal channel consolidations that can be drawn as a rising channel. The index has moved in a number and variety of channel consolidations for over the last year, and breakouts or breakdowns from these patterns have been good predictors of the short and/or intermediate term direction. 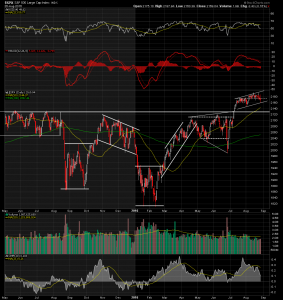 The RSI has moved below its 21 period average and center line on this timeframe and the MacD has made a bearish crossover and is tracking lower. These readings reflect declining positive momentum, and Chaikin money flow moved below its signal average this month and is reflecting an increase in selling pressure.

A pullback to the 2130-2110 area of support would be modest on a percentage basis and could have a recuperative effect on the broader market, but that is, of course, if it holds.

Call them “dojis” or “spinning tops,” but the candles that formed on the charts of the major market indices in Friday’s session are interrupted the same way, as indecisive. I’ll look at the averages in detail and on multiple time frames over the weekend.