Raytheon (RTN) has been rallying this year but that positive momentum is waning and a large head and shoulders top has formed on the daily chart. Now the stock is setting up to retrace half the earlier move. My analysis of the chart published on The Street this morning. 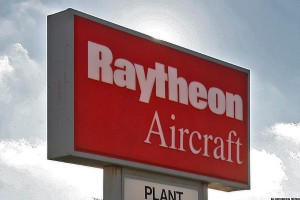 A three-day bearish reversal pattern has formed on the NASDAQ Composite daily chart. Its composition suggests a transition in investor sentiment form bullishness to bearishness. Thursday’s session was volatile with a number of fundamental and technical forces coming into play. The weekly candle will have more to say about the intermediate term direction of the market, and I’ll have a complete multiple time frame analysis of the major market indices over the weekend. 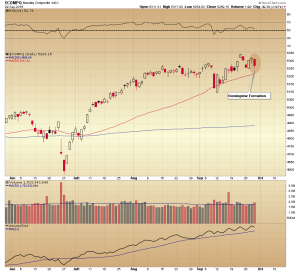 FMC Technologies is an underperformer in an underperforming sector and could see a volatile catch-up rally. Here’s my take on the trade published on The Street this morning. 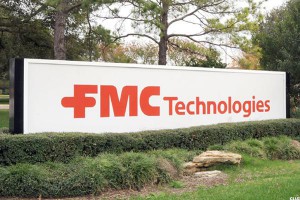 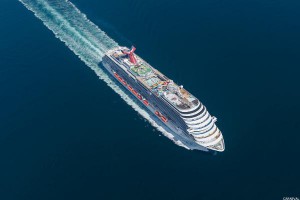 Linkage to my multiple timeframe analysis of the IBM charts published on The Street this morning.

These are four stock that have formed morningstar patterns on their weekly charts. Here’s the link to the article published on The Street this morning. Watch for confirmation.

The weekly charts of the S&P 500 and the DJIA show large dark or down candles formed three weeks ago followed by two futile attempts to recover positive momentum and their 10 week (50 day)moving averages. These failed recoveries formed high wick or long upper shadow candles, which reflect an inability to maintain upward momentum and hold higher levels. A similar “spinning top” candle formed on the NASDAQ chart last week. It has a narrow opening and closing “real body” range situated between a longer upper and lower shadow and it suggests indecision.

Interestingly, a three period morningstar pattern formed on the Russell 2000 weekly chart. This pattern consists of a large bearish candle, followed by a narrow opening and closing range candle, and is completed by a large bullish candle, and reflects a transition in sentiment from bearish to bullish. The pattern is usually seen at important lows and can signal the start of a change in the direction of a trend. It is not considered a bullish continuation pattern, as suggested by its formation on the Russell chart, near a high. The question now is will the small cap and technology space lead higher or will the broader market averages pull then lower?

Here’s a link to my post on Integrated Device Technology (IDTI) published on The Street on Friday.

Shares of Comcast (CMCSA) are in a primary uptrend and look to continue higher. Here’s my take on the chart published on The Street this morning. 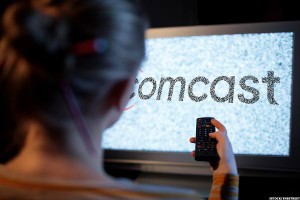