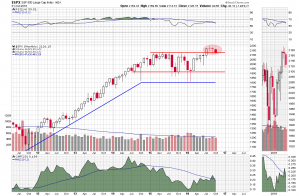 GoPro (GPRO) shares are breaking a key technical support level ahead of earnings this week. Here’s my take on the chart published on TheStreet this morning. 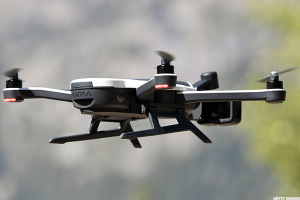 Copper has lost over half of its value in the last four years, but this year it has been attempting to consolidate in an effort to halt the decline. 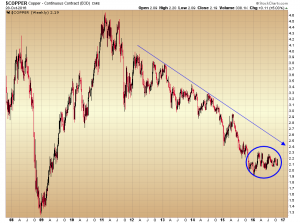 The daily chart shows the consolidation as a period of lower highs and higher lows forming a symmetrical triangle or wedge pattern. This week the commodity price bounced sharply off the triangle support line to retest triangle resistance. 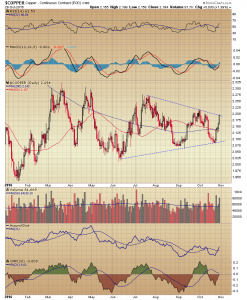 The MacD is making a bullish crossover and the relative strength index has crossed above its 21 period average and center line, both reflecting the improved momentum. Overall volume has spiked, the accumulation/distribution line has crossed above its signal average, and Chaikin money flow is moving into positive territory. Volume and money flow is supporting this week’s rally.
It is likely there may be a pullback before a breakout, but if the pattern is penetrated it projects a price target measured by taking the height of the triangle base and adding it to the breakout level. That would take the commodity price back up to the area of the weekly long term downtrend line.

There were signs of technical deterioration on the Amazon (AMZN) chart ahead of the earnings report, as I noted on The Street on 10/19..
The weekly eveningstar pattern marked the recent high and the post earnings report drop took out several layers of support on the daily chart, including the 50 day moving average. The next level of support is in the $755.00 level, below that is $730.00, and then the 200 day moving average in the $690.00 area.

The chart of the daily iShares Russell 2000 ETF (IWM) shows it currently breaking below the uptrend line drawn off the lows of the year and a horizontal support which are intersecting in the $120.00 area. Late session heroics in the form of a hammer or similar reversal candle will be needed to prevent further weakness going into the end of the trading week. 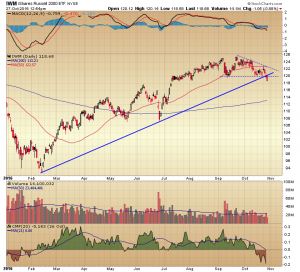 Shares of Waste Management (WM) broke above resistance after a positive earnings report on Wednesday and they look based to continue higher. Linkage to my article published on The Street this morning. 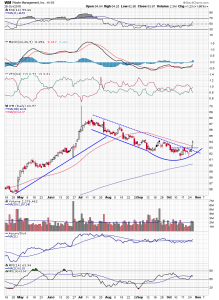 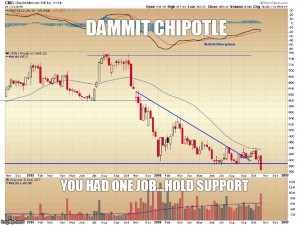 A severely overbought condition sets up the trade for Netflix, and the recent high sets the stop. Here’s the strategy as published on The Street this morning. 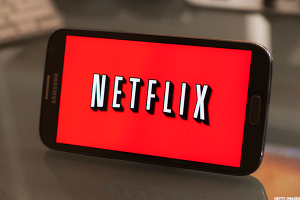 The stock is breaking out of a basing pattern ahead of next week’s earnings report. Here’s a link to my take on the chart, published on The Street this morning. 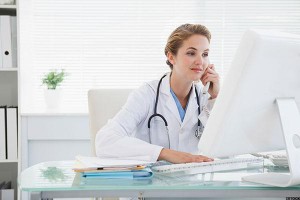 The S&P 500 is positioned right in the middle of its trading range, and just below the 50 day moving average. The price action is neutral but there are some initial bullish technical signs. 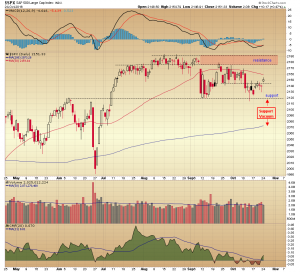 The daily chart outlines the parameters of support and resistance, and shows the MacD making a bullish crossover and Chaikin money flow moving into positive territory. These are early signs of positive momentum and money flow. If the index penetrates the 50 day moving average it should continue on to retest the resistance zone, but it is foolish to speculate beyond that point.
The range rules and continues to hold and to frustrate traders.