Here are four potential long trades going into a trading day that is following a decidedly down pre-market session.

First up is the semiconductor company Oclaro (OCLR). It has held support above the $8.50 level and looks like it wants to break above the downtrend line drawn off the highs of the last four months. 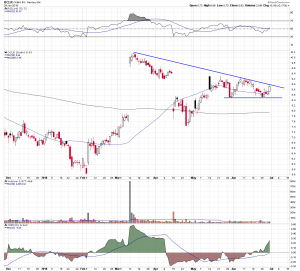 Next is Pan American Silver (PAAS) which has formed a rising triangle on its daily chart. Last week the stock successfully retested its 50 day moving average and the three month uptrend line. Now its is testing triangle resistance. 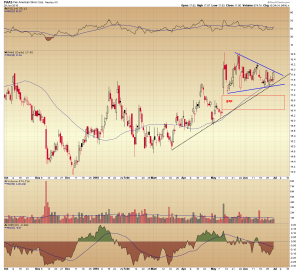 A rounded base formed on the chart of Viavi Solutions (VIAV), a telecom equipment supplier. Resistance is clearly defined at the $10.30 level. 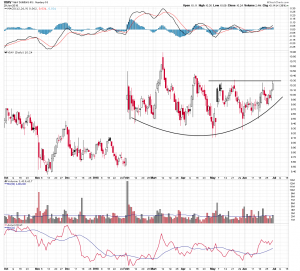 Finally, a coal miner made the list. Warrior Met Coal (HCC) made a decisive break above resistance in the Friday session. Old resistance becomes new support.