The financials are one of the most beaten down sectors of the market. The Financial Select Sector SPDR Fund (XLF) is down 21% from its 2018 high and was down over 25% at its low last week. 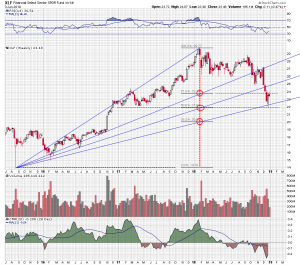