On Friday the DJIA went from being down 400 points to closing up 100 points. The broad based reversal formed what looked like hammer candles on the daily charts of all the indices. The hammer candle is usually a bullish indication, but context and confirmation are required before price patterns or indicators can be traded. 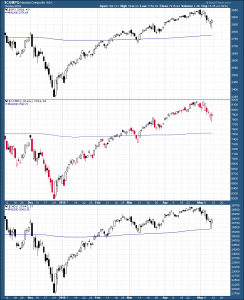 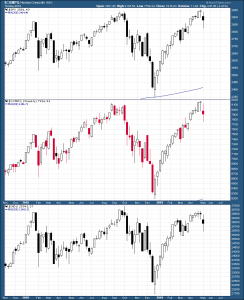 The market appears, however, to have made a decision, at least, in the early going of Monday’s session.